I was a bit taken aback, some years ago, when my mother uttered those words. What shocked me was that she was blackening the name of her family – my family. I’d been aware of family stories ever since I was knee-high to a gnat, but to hear her confirm my fears, or should I say hopes, was sobering. Grandma was tight-lipped: one didn’t speak of past scandals, or present ones for that matter, though she did once, probably after a gin, confide in me that she couldn’t take her younger sister, Nell, anywhere – take her into a restaurant and she’d come out with the cutlery stuffed up her sleeves.

To say Mother’s family was colourful would be an understatement. Grandma’s father was an alcoholic who beat his wife, a character used to great effect in The Dandelion Clock, my WW1 novel inspired by Grandad’s exploits in Egypt.

And why hopes of past family scandals? Partly the fecundity of a young mind eager to imagine the past, and then later as a writer. What a wealth of inspiration my family have provided.

Take Grandad’s Aunt Sarah. She was deported to Australia for ‘sleeping with the soldiers in the park’. The park alluded to could surely only have been Boughton House, near the village of Warkton, Northamptonshire, where the family lived. The 6th Duke of Buccleuch was known to have connections with yeomanry regiments, so is it possible the soldiers trained on the Boughton estate? I’ve used this possibility, drawn from one snippet of information about my great aunt, to set the beginning of The Dandelion Clock, in and around Boughton House, a place around which I spent many happy childhood years. (Aunt Sarah later found her way home and lived out the rest of her life in Warkton. She never married.)

And then there’s the distant relative purported to have murdered a gamekeeper. All the while I was growing  up, this story intrigued me, but I had no idea if it was true.  Grandma must have known the truth of the matter, but she never confirmed it. It wasn’t until my mother died that I began, belatedly, to look into my family history, and what I discovered forms the basis of my historical trilogy ‘For Their Country’s Good.’

Grandma’s great uncle, Jem Underwood, had indeed killed a gamekeeper. Also involved were his two cousins, William Downing and Joseph Bedford. Months of research uncovered committal proceedings, trial transcripts, newspaper articles about the crime and trial, convict lists on the prison hulk, Stirling Castle in Portsmouth harbour, passenger lists on the convict ship Tortoise for 1841, and convict behaviour records, as well as marriage permissions and death records. It transpired that the three boys, only in their early twenties, had killed John Dunkley, gamekeeper to Lord Northampton, of Castle Ashby, after he had taken a pot shot at one of them.

All three were convicted of ‘very aggravated manslaughter’ and transported to Van Diemen’s Land for life. At a time when children as young as eight were transported for stealing a length of ribbon, they got off very lightly. But for their lawyer pleaded killing in ‘hot blood’ rather than premeditated murder, they could well have been hung, and there my tale and theirs would have ended.

They lived out their lives in Van Diemen’s Land, married, had families and all lived to old age, something most men of their class didn’t do in England at that time – in England the average age for a labourer was 40: Jem lived to 93.

My tale recreates the murder from historical documents and imagines what might have led up to it and how life might have been after it. It imagines the families and sweethearts left behind, the trial and tribulations of men packed like sardines ‘tween-decks’ on a convict ship and their lives in Van Diemen’s Land. It imagines Jem’s sweetheart’s desperate attempts to be reunited with her lost love and the sacrifices she might have made. It sets their struggles amid the hardships and lack of rights of the lower classes, especially women, in Victorian England and amid the pioneering spirit of the convict labourers who founded the colonies of Van Diemen’s Land and Australia.

Through writing this story, fictional though much of it is, I feel closer to my roots, my ancestry, and I’ve learnt a huge amount about class inequality and the lack of women’s rights in Victorian England and its colonies. Black sheep or not, loose-knickered murdering thieves though they may have been, I’d like to thank them all for inspiring my writing, and in return, I like to think I have given them some small measure of immortality.

‘For Their County’s Good’ Book One – begin the journey. 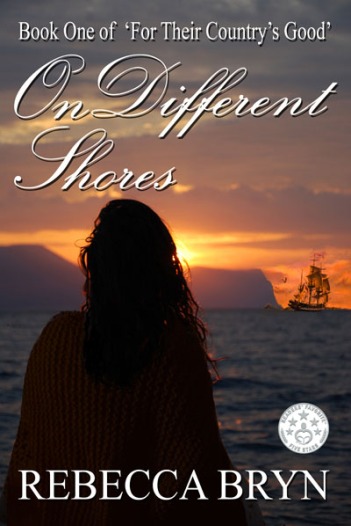 The Dandelion Clock – Coming 2018. Follow my WordPress page for updates. 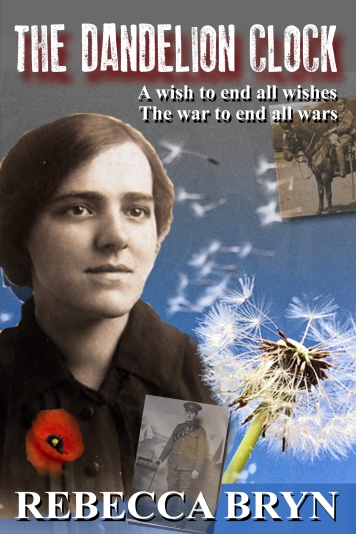 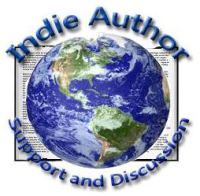